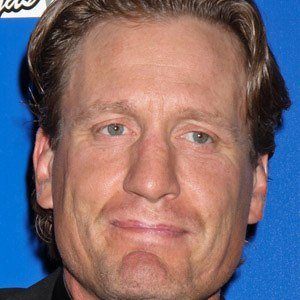 NHL great who played in the league for 18 seasons and was one of the few Americans to record over 500 career goals. He became a hockey analyst on NHL Network after retirement.

He was drafted 8th overall by the Chicago Blackhawks in 1988.

He was named to 9 NHL All-Star games during his career.

He fathered two children with his wife Tracy.

He was talked into playing for Wayne Gretzky's minor-league hockey team in Quebec by Gretzky himself.

Jeremy Roenick Is A Member Of