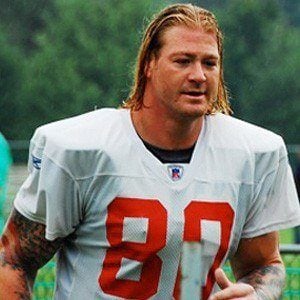 Former NFL tight end won the Super Bowl with the New York Giants in 2008 and two years later with the New Orleans Saints.

He was an honor roll student at Ada High School.

At the University of Miami, he caught the game-winning touchdown that upset big-time rival #7 Florida State Seminoles.

Grew up in Oklahoma with his parents, Jimmy and Lucinda, and his brother James.

While playing with the Saints, he was a favorite target of quarterback Drew Brees.

Jeremy Shockey Is A Member Of