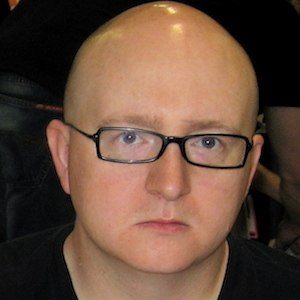 Most famous for his collaboration with cartoonist Mike Krahulik on the popular Penny Arcade webcomic, Holkins is also known for creating a fan fiction parody website called Epic Legends of the Hierarchs: The Elemenstor Saga.

While beginning his career as a webcomic writer, he also pursued work as a singer and guitarist.

He and his wife Brenna settled in Seattle, Washington, and welcomed a son named Elliot in 2005 and a daughter named Ronia in 2009.

He and Girls with Slingshots creator Danielle Corsetto both became known for their work on successful webcomics.

Jerry Holkins Is A Member Of