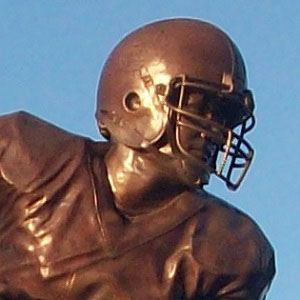 Founder and owner of the Carolina Panthers franchise who played only two seasons in the NFL as a member of the Baltimore Colts. He caught a touchdown pass in a winning effort to secure a NFL Championship with the Colts.

He was taken in the 13th round in the 1958 draft after playing his college ball at Wofford.

As the owner of the Panthers, the team was crowned NFL champions in 2003 but fell short in the Super Bowl to the New England Patriots.

He had two sons, Mark and John, with the latter tragically dying from cancer in 2013.

He caught that Super Bowl touchdown by a pass thrown by Johnny Unitas.

Jerry Richardson Is A Member Of