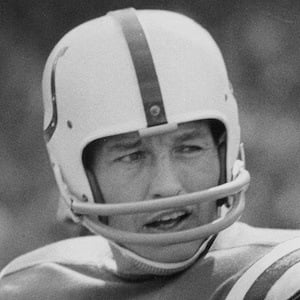 Baltimore Colts quarterback who was known as "The Golden Arm." He was selected to 10 Pro Bowls during his career and was named AP NFL MVP in 1964 and 1967.

He watched his mother work 2 jobs to support him after the death of his father.

He had eight children during the span of two marriages.

He was the Colts standout quarterback years before Peyton Manning took over at the helm of the franchise.

Johnny Unitas Is A Member Of