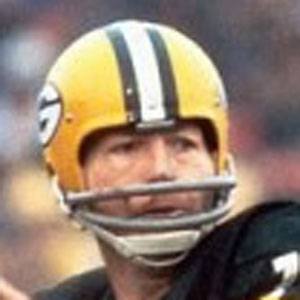 Green Bay Packers quarterback who was selected to four Pro Bowl teams and was named 1966 NFL MVP. He won five NFL Championships and two Super Bowls with the Packers, being named MVP of Super Bowls I and II.

He earned All-American honors while playing for Sidney Lanier High School. He played college football at the University of Alabama.

He compiled 24,718 passing yards and 152 touchdowns during his career.

He married Cherry Starr in 1954 and the couple had two sons, Bart Jr. and Bret.

He was a quarterback for the legendary NFL coach Vince Lombardi.

Bart Starr Is A Member Of