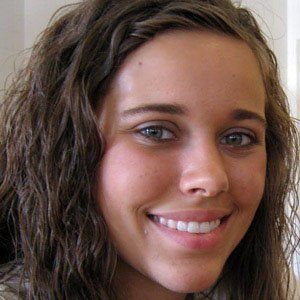 Member of the famous Duggar family that starred on the TLC reality series 19 Kids and Counting. She is the 5th oldest child and 3rd daughter of the family.

She first appeared on the reality series when it was titled 14 Children and Pregnant Again.

Her parents' names are Jim Bob Duggar and Michelle Duggar. In 2015, she and Ben welcomed a son named Spurgeon. Their second son Henry was born in February 2017. They welcomed a daughter named Ivy in May 2019. In July 2021 they welcomed their fourth child together.

Her sister Jill Duggar is just over a year older than Jessa.

Jessa Duggar Is A Member Of