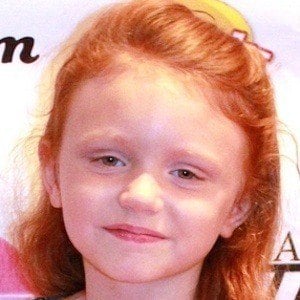 At only two years old, she would act out scenes from movies and television. Her parents then enrolled her in an acting workshop where, at the behest of her instructor, they decided to let her try to make it in Hollywood at only five years old.

She has made guest appearances in popular television shows like NCIS, Hot in Cleveland, and Hawthorne.

She has one brother named Tucker and one sister named Bailey.

She was joined in the Paranormal Activity 3 cast by Chloe Csengery.

Jessica Tyler Brown Is A Member Of