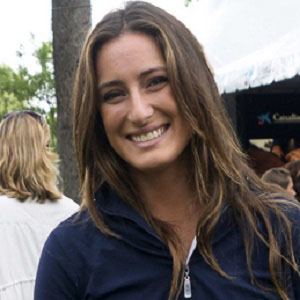 Champion show jumper who has won events like the ASPCA Maclay National Championship. She has also represented the United States in the Show Jumping World Cup and 2012 Summer Olympics.

She grew up on a horse farm in New Jersey and began riding horses at age four.

She won the George H. Morris Excellence in Equitation Championship in 2009.

Her parents are rock stars Bruce Springsteen and Patti Scialfa.

Her father, New Jersey legend Bruce Springsteen, is responsible for American classics like "Born in the USA."

Jessica Springsteen Is A Member Of