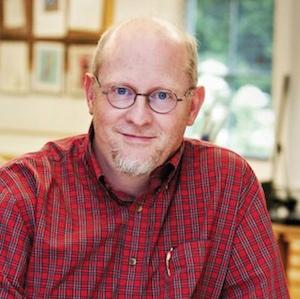 Children's author and illustrator known for the It's Happy Bunny series and the Dear Dumb Diary series; he was also a two-time National Cartoonists Society Reuben Award nominee.

He worked as a custom T-shirt designer after graduating from Western Michigan University.

He was nominated for a National Cartoonists Society Reuben Award in 2009 and 2011.

He married and had two children with Mary K. Hart.

He is a contemporary of well-known children's illustrator creator Jeff Kinney , who created Diary of a Wimpy Kid.

Jim Benton Is A Member Of