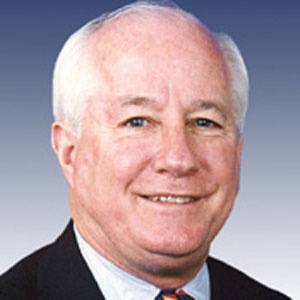 Congressman from Arizona from 1985 to 2007 who became the first Republican to voluntarily come out of the closet in 1996. He is a prominent member of the Log Cabin Republicans, a group that advocated for equal rights for gays within the Republican party.

He was the United States Senate Page for Barry Goldwater from 1957 to 1960.

He became the first openly gay person to address the Republican National Convention in 2000, but did not use his speech to address any gay issues.

His parents moved him from a suburb in Chicago to a ranch in Arizona when he was a child.

He was appointed to the Advisory Committee for Trade Policy and Negotiations by President Barack Obama in 2010.

Jim Kolbe Is A Member Of