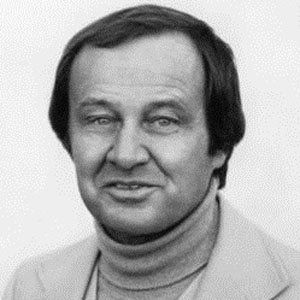 Emmy Award-winning sportscaster of ABC's Wide World of Sports. He also won a Peabody Award and a Sports Lifetime Achievement Award for his work.

He covered such major sporting events as the British Open, the Indianapolis 500, and the Kentucky Derby.

He married Margaret Dempsey in 1948.

Walter Cronkite praised him for his coverage of the 1972 Summer Olympics massacre in Munich.

Jim McKay Is A Member Of