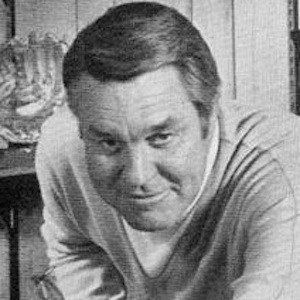 Bay area broadcasting legend known for his calls of games by the San Francisco Giants, San Francisco 49ers, and Oakland Athletics. He was given the Ford C. Frick Award by the Baseball Hall of Fame in 2004.

He got his start in radio as a baseball announcer in Marysville, California and broadcast games for Fresno State sports for three years.

He is famous for his signature home run call of "tell it goodbye!"

He lost two wives to cancer.

One of his most famous calls is 49ers quarterback Steve Young's 49-yard run against the Minnesota Vikings in 1988.

Lon Simmons Is A Member Of