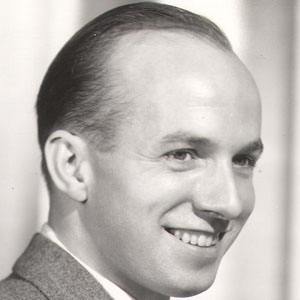 Composed Come Fly with Me, High Hopes, and Love and Marriage. He won an Emmy and four Best Original Song Oscars.

He attended Cazenovia College and Syracuse University. He wrote It's the Dreamer in Me with Jimmy Dorsey.

He was inducted into the Songwriters Hall of Fame in 1971. He composed more than 800 songs.

He frequently collaborated with Sammy Cahn. They won three Academy Awards together, for All the Way from 1957, High Hopes from 1959, and Call Me Irresponsible from 1963.

Jimmy Van Heusen Is A Member Of