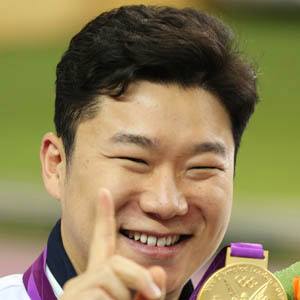 South Korean sports shooter and winner of three Olympic gold medals, two of which were for the 50 m air pistol and one for the 10 m air pistol.

He won the Silver medal in the men's 50 meter pistol at the 2004 Summer Olympics, his first Olympic competition.

He is one of the most successful Individual shooters in Olympics history with 5 total medals in the field.

He was raised an only child in Gangwon, South Korea.

He won gold at the 2012 Olympics where LeBron James helped lead Team USA to gold in basketball.

Jin Jong-oh Is A Member Of