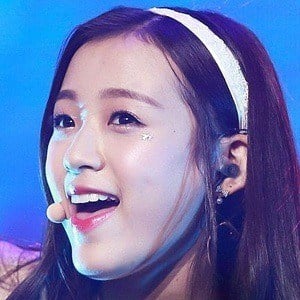 K-pop performer who rose to fame as one of the main vocalists of the all girl group April. She was first introduced as a member of the band on July 20, 2015 and as the youngest member of the group she adopted the nickname Maknae.

She was a student at the Academy Best Vocal and trained with DSP Media for six months prior to joining April.

In 2016 she was a contestant on the survival series Girls Spirit.

She and Kim Chaewon both performed with the K-pop group April.

Jinsol Lee Is A Member Of