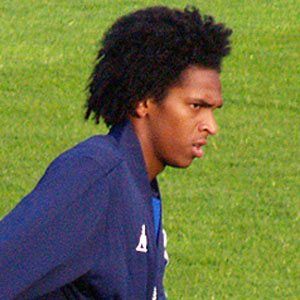 Striker born Joao Alves de Assis Silva who joined Atletico Mineiro in 2012 after previously playing for such clubs as Internacional, Manchester City, and CSKA Moscow. He became a member of the Brazilian national team in 2007.

He debuted professionally for Corinthians in 2003 after spending three years in the club's youth system.

He married Claudia Santos and has a sister named Joan.

He joined defender Dani Alves on the Brazilian national team.

Jô Is A Member Of