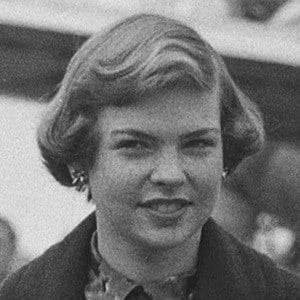 Adopted daughter of Walt and Lillian Disney who stayed away from the entertainment industry for the most part, only acting in a minor role in the film Johnny Tremain.

She was adopted when she was two weeks old. She grew up with an adopted older sister named Diane.

She died at a young age due to complications with breast cancer.

She and her first husband Robert Brown, who passed away in 1967, adopted a daughter named Victoria. She and Bill Lund had twins, a boy and girl named Brad and Michelle.

Her uncle Roy O. Disney was the first CEO of Walt Disney Studios.

Sharon Disney Is A Member Of