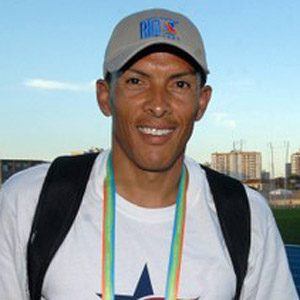 Runner who won a gold medal in the 800 meters at the 1984 Olympics and won silver in the same event at the 1988 Olympics.

He began running competitively when he was 13 years old.

His father was a steel worker.

Joaquim Cruz Is A Member Of