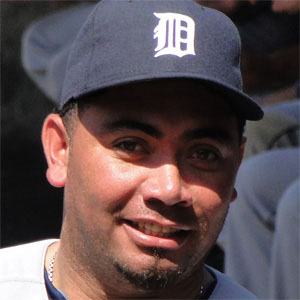 MLB relief pitcher known for his deceptive, low-80s change-up; spent the first 8 years of his career with the Texas Rangers and played for the Detroit Tigers from 2011 to 2013.

He signed with the Rangers at the age of 18 and spent a few years in the minors before making his big league debut on August 8, 2001.

He was born in Santiago, Dominican Republic.

He became the Tigers' closer in 2013 when former closer Jose Valverde was cut from the team after struggling to locate his pitches.

Joaquin Benoit Is A Member Of