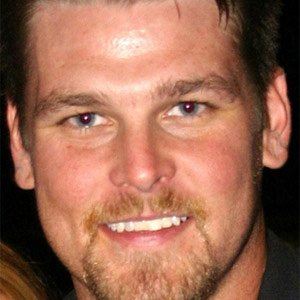 1998 National League Rookie of the Year who was a 2-time All-Star as a starting pitcher on the Chicago Cubs.

He was drafted 4th overall by the Cubs in the 1995 Amateur Draft after being scouted for his pitching in high school.

He and Roger Clemens were the first two pitchers to strikeout 20 players in an MLB game.

He married Sarah Pates and together they had two daughters and a son.

Towards the end of his career, he pitched for the Yankees in front of legendary closer Mariano Rivera.

Kerry Wood Is A Member Of