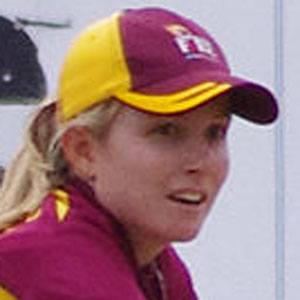 Right-handed batsman and wicket-keeper who has captained Australia's national team.

She was born in Toowoomba, Australia.

While playing for Australia she has been teammates with Jess Cameron.

Jodie Fields Is A Member Of