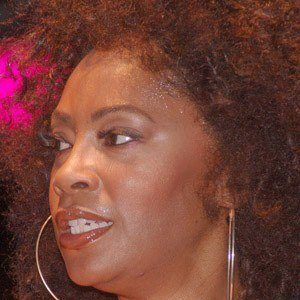 She was on the TV show Soul Train when she was fourteen years old. She went on to be in the band Shalamar.

She was in the Broadway musical Loving the Silent Tears.

She has two children and has been married to André Cymone, a musician who used to play bass with Prince.

She was influenced by Diana Ross.

Jody Watley Is A Member Of