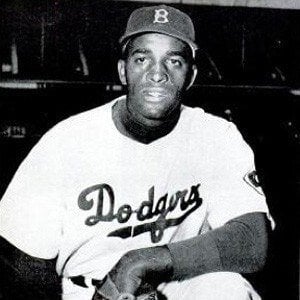 Former professional right-handed pitcher who played in the Negro Leagues and the major leagues.

He graduated from Morgan State University, where he played baseball on scholarship.

He became the first black pitcher to win a game in the World Series, a complete game victory against the New York Yankees in 1952.

His sister Ruby was so overcome with emotion when he beat the Yankees in the World Series that she fainted in the stands.

He played alongside Jackie Robinson on the Brooklyn Dodgers.

Joe Black Is A Member Of