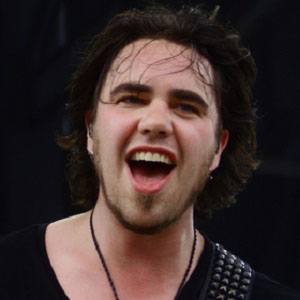 Musician best known as the lead guitarist and backing vocalist for the Pennsylvania rock band Halestorm. He won a Grammy for his work on the band's 2012 album "The Strange Case Of..."

He was inspired to play guitar after hearing Nirvana. He joined Halestorm in 2003.

He and Halestorm are known for their constant touring, playing as many as 250 shows per year.

He has performed alongside vocalist Lzzy Hale as a member of Halestorm.

Joe Hottinger Is A Member Of