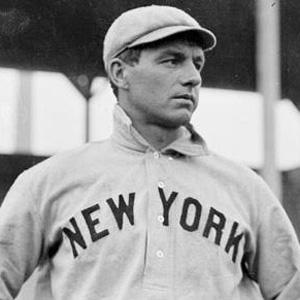 MLB pitcher who won 246 games during his 10-year career and was inducted into the Baseball Hall of Fame in 1946.

He earned the nickname 'Iron Man' by working in steel foundries during the off-season.

He won almost 500 games between Major League Baseball and other professional leagues.

He was married to Mary McGinnity and worked in her family's steel foundry during the offseason.

He pitched alongside fellow Hall of Famer Christy Mathewson on the New York Giants.

Joe McGinnity Is A Member Of