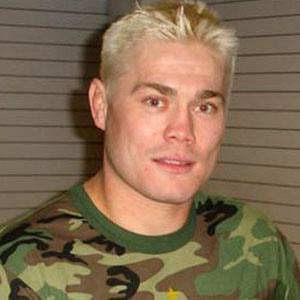 Former WEC Middleweight Champion known as Diesel. He turned professional in 2001 and won 40 of his first 55 bouts.

He trained in boxing and was a two-time All-American wrestler during high school.

He has a son named Joseph with his wife Lisa Riggs.

He suffered a submission defeat to Kendall Grove on August 27, 2011.

Joe Riggs Is A Member Of