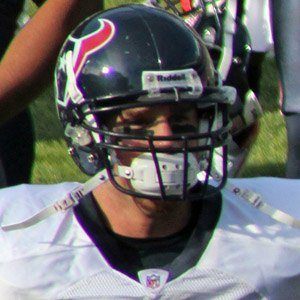 He was an All-State football player at Fort Morgan High School in 1999, and then played for Colorado State before being drafted in the 6th round of the 2005 NFL draft.

He caught his first NFL touchdown pass on October 28, 2007, as a member of the Houston Texans.

He married Stacy Dreessen, and had his first child early in his NFL career.

In 2012 he signed as a free agent with the Denver Broncos to play with quarterback Peyton Manning.

Joel Dreessen Is A Member Of