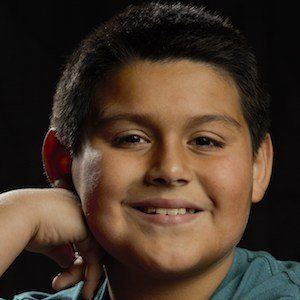 Content creator and member of the YouTube channel The Kid Squad, which features kid-friendly entertainment made by kids. The channel became best known for the series of videos called "Songs In Real Life Kids Style."

He was about 11 years old when he began to appear on the collaborative The Kid Squad channel.

He and members of The Kid Squad attended The Ellen DeGeneres show after Ellen picked the channel's "Sky Box Challenge" video to showcase.

Joel The Kid Squad Is A Member Of