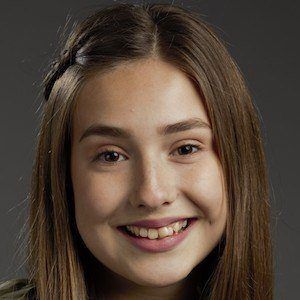 Widely known for comprising one-fourth of the YouTube channel The Kid Squad. She has gained popularity there for her contributions to her channel's popular Songs in Real Life web series.

She made her debut on The Kids Squad YouTube channel in the August 2016 video "Songs In Real Life Kids Style 3 - Summer Edition."

She has helped her YouTube channel amass more than 440,000 subscribers. She appeared alongside her channel mates Jacob, Hugo and Joelle on The Ellen Show in December 2016.

She has done an impression of Colleen Ballinger's popular Miranda Sings character on her The Kids Squad YouTube channel.

Cynthia The Kid Squad Is A Member Of