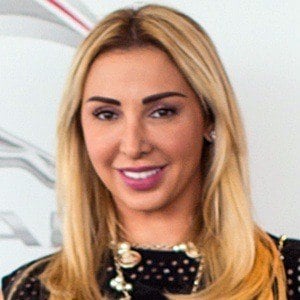 Lebanese television host, make-up artist and entrepreneur who is the founder and CEO of the beauty company Joelle Group. She has hosted her own show called The Joelle Show.

She gained an interest in make-up as a child since her mother was a make-up artist.

She has been featured on the cover of Arabisk London Magazine. She has attracted over 900,000 followers to her maisondejoelleofficial Instagram account.

She had two children with her husband.

She is a Lebanese television show host like Raya Abirached.

Joelle Mardinian Is A Member Of