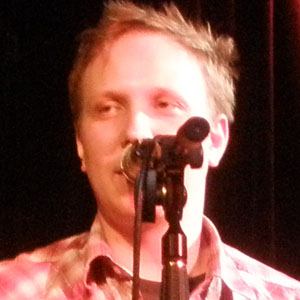 American singer and songwriter who released his debut album, Say Something Strong, in 2009. He has also been the co-owner of The National Underground Bar.

He started playing guitar when he was five years old and piano when he was eight years old, which led to the creation of over 50 songs by the time he was a senior in high school.

He has also worked as a voice over actor in the A & E online documentary Voice Driven.

He was born the middle child of Wayne & Lynne DeGraw and grew up with two siblings including with his brother Gavin who is a well known singer.

Joey Degraw Is A Member Of