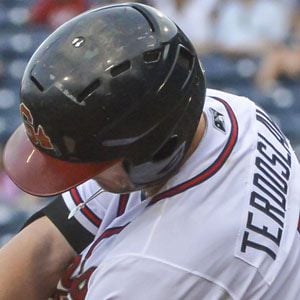 Major league switch-hitting outfielder who debuted with the Atlanta Braves in 2013.

He was originally selected in the 27th round of the 2007 MLB Draft by the Tampa Bay Rays but didn't sign with the team.

He credited his father for helping him fine-tune his swing and develop as a baseball player.

Joey Terdoslavich Is A Member Of