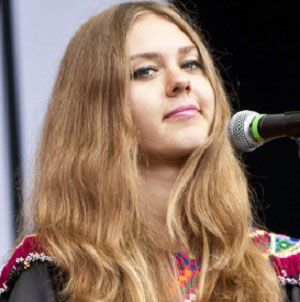 Famous as one half of the multi-Grammis Award-winning Swedish folk music group First Aid Kit, which she formed with her younger sister, Klara, during the first decade of the 2000s. Her band's hit songs include "The Lion's Roar," "Emmylou," and "My Silver Lining."

She and her sister began their music careers by posting original songs and covers on MySpace and YouTube and by airing their acclaimed early track, "Tangerine," on a Swedish radio station. First Aid Kit's first EP, Drunken Trees, was released in 2008.

In 2011, she performed Patti Smith's "Dancing Barefoot" in front of the song's original artist at the Polar Music Prize gala. The impassioned performance, which brought tears to Smith's eyes, became a viral YouTube video.

Born and raised in the Stockholm suburb of Enskede, she and Klara are the daughters of two educators. Their younger brother attened school with the child of electronic musician Karin Dreijer Andersson, who signed Johanna and Klara to their first music label.

Johanna Soderberg Is A Member Of