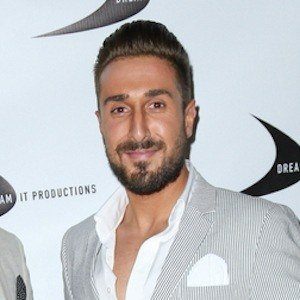 First known for his appearance on the first season of ITV2's Love Island, he would go on to become a chef and would write for the food blog The Alberti Twins. He also cohosted a YouTube cooking show of the same name.

Food was a huge part of his upbringing and he learned to cook countless traditional Italian recipes from his parents and grandmother growing up.

The Alberti Twins host private dining experiences outside their cooking show and blog.

He is joined on The Alberti Twins by his identical twin brother, Tony. His family hails from the Garfagnana region of Tuscany.

He and his brother competed against winners Max Morley and Jess Hayes on the first season of Love Island.

John Alberti Is A Member Of