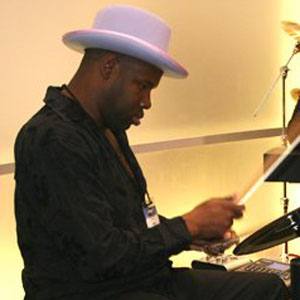 R&B, funk, jazz, and pop drummer who was a member of Prince's band The New Power Generation.

He began playing the drums at age three and had his first professional gigs ten years later.

He played drums on Patti LaBelle's album Live! One Night Only.

His father John Blackwell Sr. was also a drummer and played with The Drifters and Mary Wells, among others.

He appeared on Prince's album N.E.W.S.

John Blackwell Is A Member Of