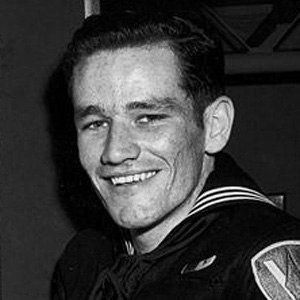 United States Navy corpsman who was the last surviving member of the second flag raising on Iwo Jima.

He aspired to work in the funeral business before serving in the military.

After raising the first flag, he helped raise the second, larger flagstaff on Mount Suribachi on February 23, 1945.

Born John Henry Bradley, he was raised in Antigo, Wisconsin by James and Kathryn Bradley along with his four siblings.

He played himself in the 1949 war film Sands of Iwo Jima, which starred John Wayne.

John Bradley Is A Member Of