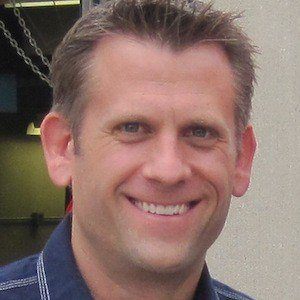 He worked on A&E's Crime 360, Jesse James is a Dead Man on Spike TV, Cowboys and iPredator on Animal Planet, and G4's Human Wrecking Balls.

He wrote the New York best-selling book The Perfection Point: Sport Science Predicts the Fastest Man, the Highest Jump, and the Limits of Athletic Performance.

One of Sport Science's most popular segments was when he went head-to-head with NFL running back Brandon Jacobs and got completely obliterated.

John Brenkus Is A Member Of