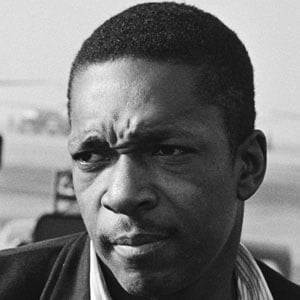 Influential saxophonist and composer best known for his influence on modern jazz. He was the recipient of a Grammy Lifetime Achievement Award in 1997.

He joined the Navy as a young man and played in the Navy band.

As a saxophonist he received a Pulitzer Prize Special Citation and worked with Miles Davis and Thelonious Monk.

He married twice: To Juanita Grubbs and Alice Macleod. He had two children.

The first time he saw Charlie Parker perform, he was inspired to play.

John Coltrane Is A Member Of