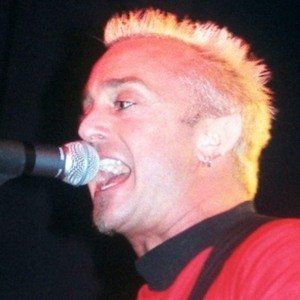 Songwriter, composer, and guitarist best know as the frontman of the band Goldfinger.

He began learning music at age 16 after becoming a fan of Social Distortion.

He is a well-known animal rights activist.

He left his family in San Diego to move to Los Angeles at age 21. He married Amy Feldmann and they have two children named Julian and Milla.

He has written songs for a variety of successful artists, including Hilary Duff.

John Feldmann Is A Member Of