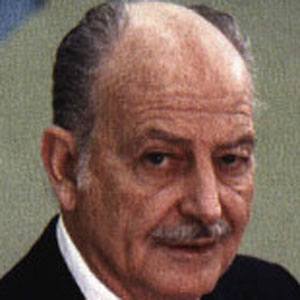 He helped to build the giant, hydraulic squid in "20,000 Leagues Under the Sea." His work on this film earned him an Academy Award for Best Special Effects.

He was born in Cedar Rapids, Iowa and married his wife, Lowry, in 1937. He not only worked for , but also resembled Disney so much that he was often mistaken for him.

He was presented with the Disney Legend award in 1990 by Michael Eisner.

John Hench Is A Member Of