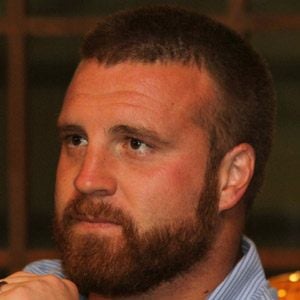 Pro Bowl fullback who was signed as an undrafted free agent in 2005 by the Pittsburgh Steelers. He played for the Green Bay Packers from 2007 to 2013.

He attended Shippensburg University of Pennsylvania, where he set a total of 27 school football records.

He won Super Bowl XL with the Pittsburgh Steelers and later defeated them in Super Bowl XLV as a member of the Green Bay Packers.

He won Super Bowl XLV alongside Aaron Rodgers, who was named MVP of the game.

John Kuhn Is A Member Of