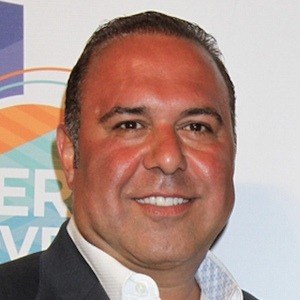 Reality TV star who is known for his appearances on The Real Housewives of New York City. He has been on the show due to his relationship with Dorinda Medley.

He has owned and operated a high-end dry cleaning and restoration business on the Upper East Side of Manhattan.

He has worked on Wall Street as an investment banker.

His parents are for Armenian descent and are named Noubar Mahdessian and Ann Mahdessian.

He has appeared on the eighth season of The Real Housewives of New York City alongside Bethenny Frankel.

John Mahdessian Is A Member Of