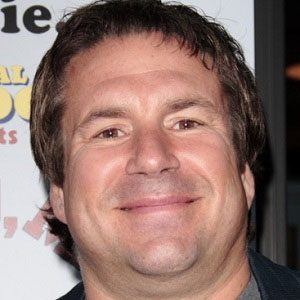 Famous for his contributions to The Howard Stern Show, the radio personality known as 'Stuttering John' pursued a television writing career after ending his association with Stern and New York's WXRK radio station.

While studying film at New York University, Melendez, despite his habitual stuttering, secured an internship with The Howard Stern Show.

During his time on Stern's radio program, Melendez angered celebrities and amused fans with his outrageous and often highly inappropriate interview questions.

Born to family of Danish and Puerto Rican descent, he grew up in Long Island, New York. Before divorcing in 2012, he and his wife, Suzanna Keller, became parents to three children.

In a 2008 radio interview with Adam Carolla, Melendez stirred controversy by discussing his perceived lack of adequate financial compensation while on The Howard Stern Show.

John Melendez Is A Member Of