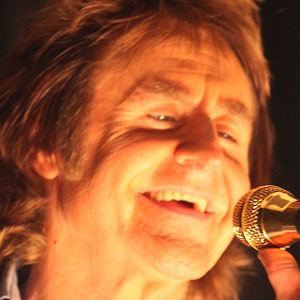 Probably most well known for his two singles "St. Elmo's Fire" and "Naughty Naughty," he has written songs for several Hollywood films as well.

He formed a group called The Silence with two friends of his when he was only twelve years-old.

He has written and recorded songs for films such as 3 Men and a Baby and The Running Man.

He has a son named Ben who is an actor on British television.

He sang a parody of his song "St. Elmo's Fire" called "Tim Tebow's Fire" on the ESPN talk show SportsNation.

John Parr Is A Member Of