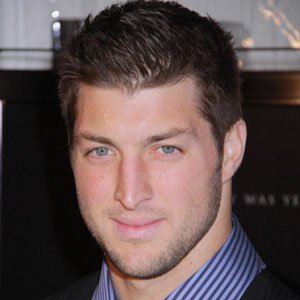 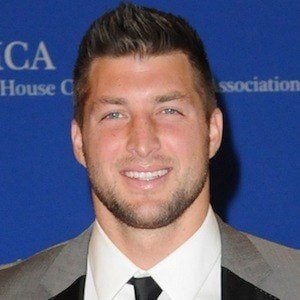 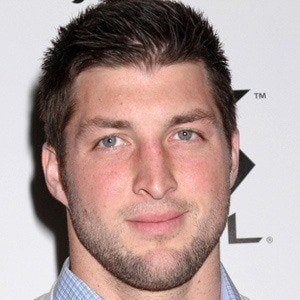 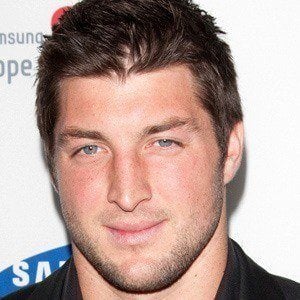 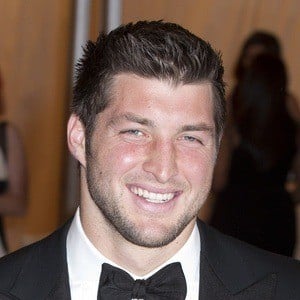 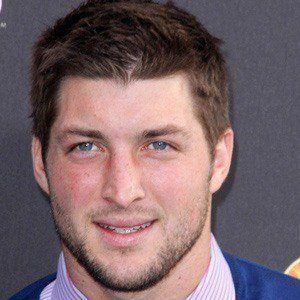 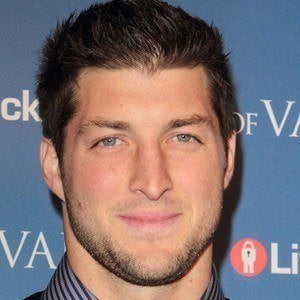 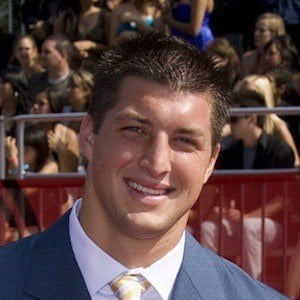 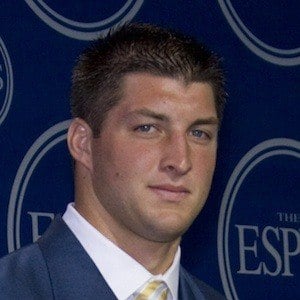 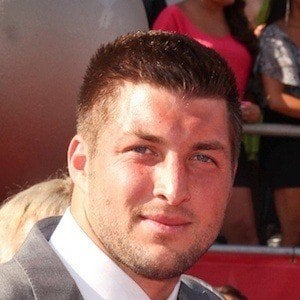 Standout quarterback at the University of Florida who led the school to two BCS National Championships. He was selected by the Denver Broncos in the first round of the 2010 NFL Draft. He spent two years in Denver, helping the team reach the playoffs in 2011.

In 2007, he became the first sophomore to win the Heisman Trophy while playing at the University of Florida.

His propensity for kneeling in prayer on the football field was coined "Tebowing." He signed a minor league baseball contract with the New York Mets in 2016.

His parents, Bob and Pam, were both Baptist missionaries. His mother had dysentery and fell into a coma while she was pregnant with him. He began dating Demi-Leigh Nel-Peters in 2018 and the two got married in January 2020.

He led the Denver Broncos to a playoff win over the Pittsburgh Steelers in 2012, after which they were demolished by Tom Brady and the New England Patriots.

Tim Tebow Is A Member Of