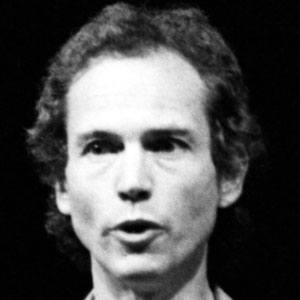 An American non-fiction author, he is best known for his nutrition, health, and animal rights-themed works. His best-known publications include Diet for a New America (1987) and The Food Revolution (2001).

He attended the University of California-Berkeley and Antioch College. In the late 1980s, he established the non-profit foundation, EarthSave.

He was the son of Baskin Robbins ice cream co-founder, Irv Robbins.

He settled in Santa Cruz, California with his wife, Deo Robbins, whom he married in March of 1967. The couple became parents to a son named Ocean.

He was briefly interviewed in Super Size Me, a documentary featuring Morgan Spurlock.

John Robbins Is A Member Of