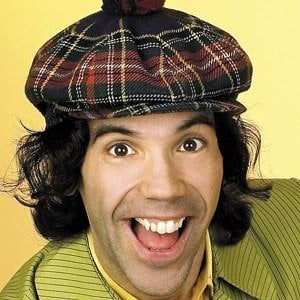 Celebrity interviewer and musician known as Nardwuar the Human Serviette whose interviews are printed in Chart magazine and shown on MuchMusic's Going Coastal. He is the lead singer and keyboardist for The Evaporators.

His career in media began in radio as a host of a University of British Columbia weekly afternoon show.

His style of interviewing has been described as upfront, but eccentric and confusing. He has also acted as a guerrilla journalist by sneaking into press conferences.

His real name is John Ruskin. He was born in Vancouver, British Columbia, Canada. His mother's name is Olga.

He has interviewed many celebrities, including Jack White, Ice-T, Tyler the Creator, and numerous others.

Nardwuar Is A Member Of