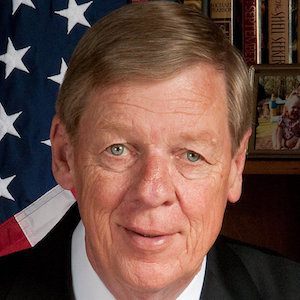 Republican politician who became the junior United States Senator from Georgia in 2005 after serving in the House of Representatives for six years. He made a failed bid for the Governorship in in 1990.

He served in the Georgia Air National Guard, graduated from the University of Georgia, and opened a real estate branch for Northside Realty, which he was the President of for 22 years.

He was given an "A" rating by the National Rifle Association as well as the "Hero of the Taxpayer" award by Citizens Against Government Waste.

He has three children with his wife Dianne.

He served in the Senate alongside fellow Georgian senator, Saxby Chambliss.

Johnny Isakson Is A Member Of