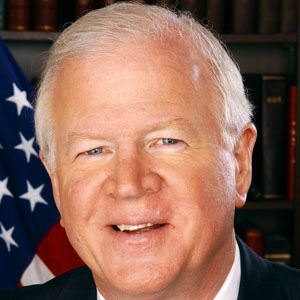 Republican politician who became a United States Senator from Georgia in 2003 and chaired the House Committee investigation of the 9/11 attacks. From 2005-2007, he was also the Chairman of the Senate Committee on Agriculture, Nutrition, and Forestry.

He worked his way through the University of Georgia, earning a degree in business and receiving a student deferment during the Vietnam War. He served in the U.S. House of Representatives for eight years before joining the Senate.

He was one of the "Gang of Six" senators who came together to form a bipartisan proposal to the U.S. debt ceiling crisis of 2011.

He married Julianne Chambliss in 1966, the year he graduated from college.

His election helped Newt Gingrich and the Senate Republicans take control of Congress.

Saxby Chambliss Is A Member Of